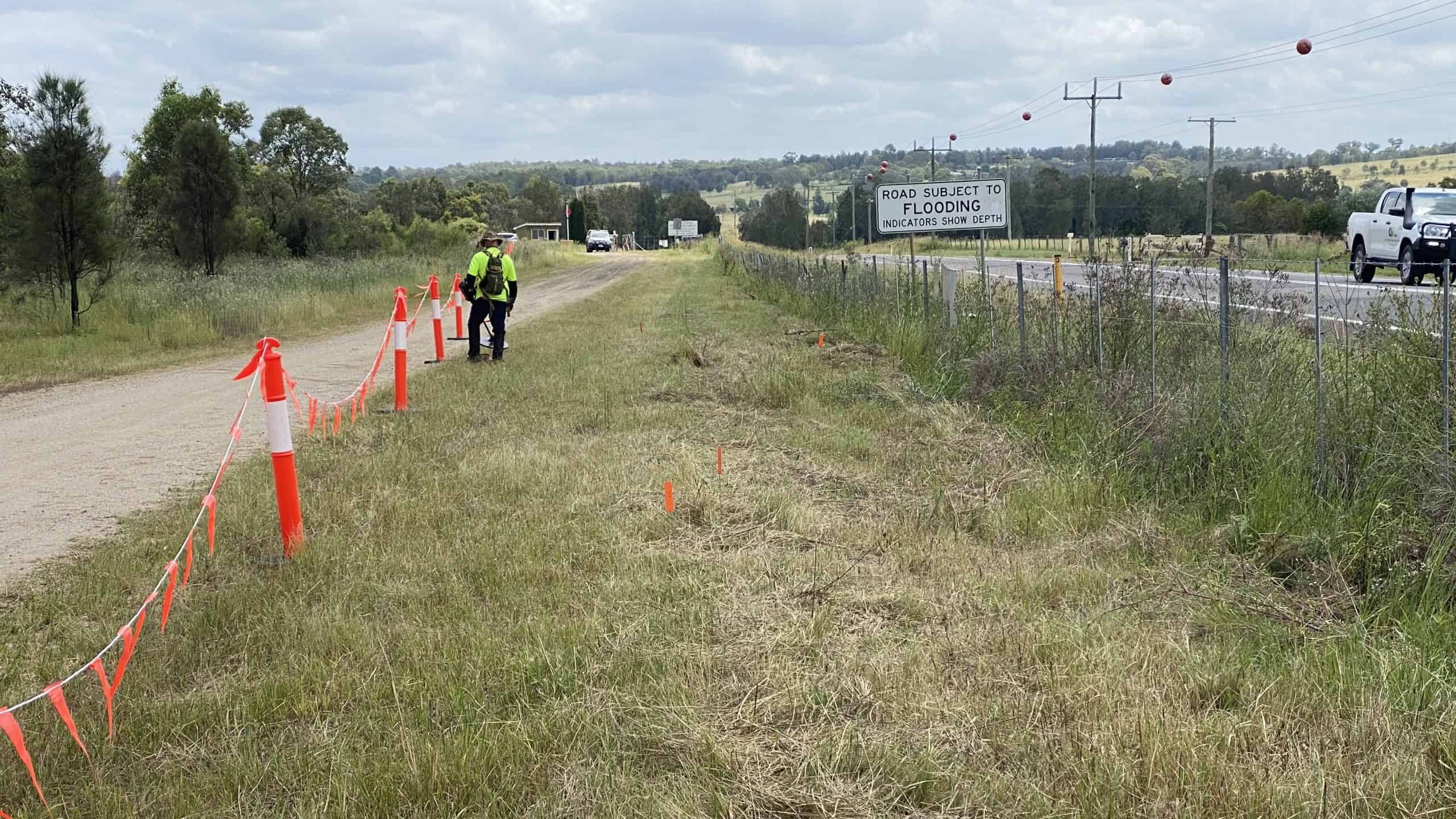 Milsearch has been engaged as principal contractor by Transport for New South Wales (TfNSW) to carry out remediation works as part of the Mudies Creek Flood Immunity Project.

Milsearch have been tasked with remediating land along the northern boundary of Singleton Military Area, to allow for the construction of a new road crossing over Mudies Creek. The proposed 30 metre long bridge is expected to improve travel reliability along the highway during significant flooding events. The Mudies Creek Flood Immunity Project is part of a package of works being delivered by TfNSW to improve safety, traffic efficiency, network reliability and freight access along the Golden Highway.

Singleton Military Area is an active Defence training facility and whilst the project site is not currently used for live fire activities, historical use has resulted in military contamination. Given Milsearch’s 30 year history on Defence establishments and former training areas, we are keenly aware of the types of ordnance historically used at bases such as Singleton Military Area.

Milsearch has worked in consultation with TfNSW, Defence and cultural/heritage groups to ensure a safe and environmentally sensitive approach to reducing the inherent risks posed by military contamination.