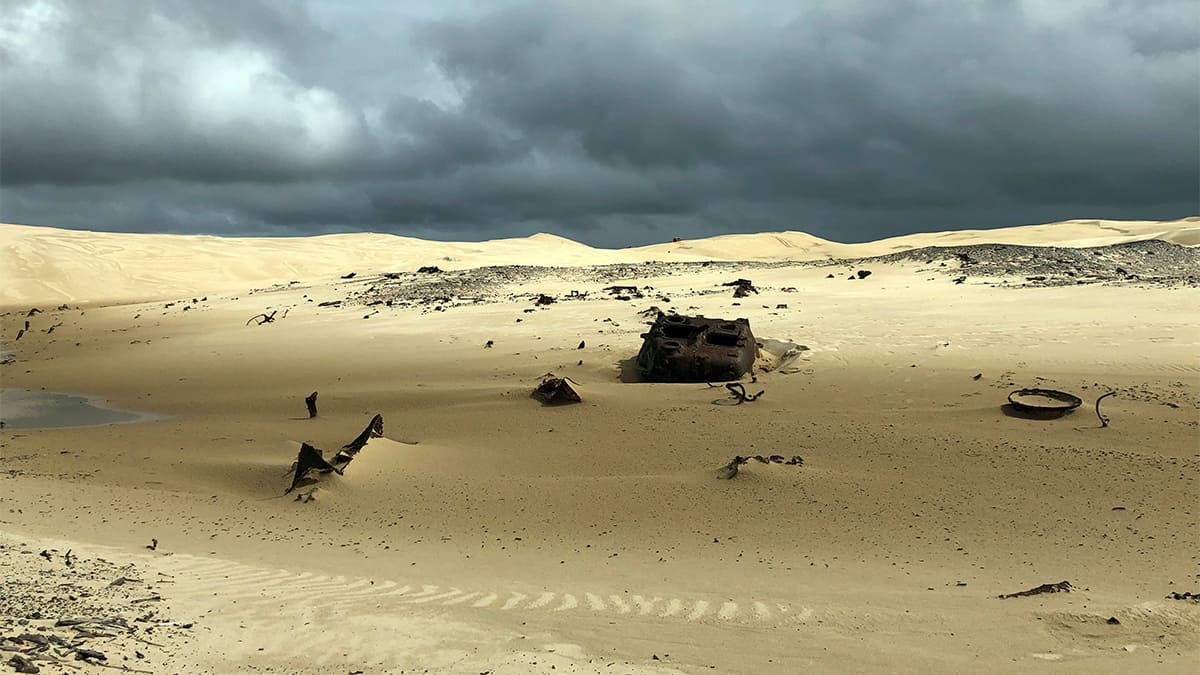 Milsearch has been selected as preferred tenderer by the Australian Department of Defence, in conjunction with NSW National Parks and Wildlife Service/Worimi Conservation Lands, to carry out remediation works to a former land and air gunnery target area located on Birubi Beach near Anna Bay in New South Wales.

Birubi Beach was historically utilised by both the Royal Australian Air Force and the Australian Army. The area was first proclaimed as an air gunnery and bombing range in 1941 and was used up until the early 1970s. Throughout these years, several targets were placed within the area and fired upon from both land and air, resulting in considerable contamination of unexploded ordnance (UXO) and explosive ordnance waste (EOW).

The proposed area for remediation encompasses some 6,150m2 of undulating sand dunes which is now used by the local community for four-wheel driving and camel tours. Milsearch has been engaged as a specialist contractor to remediate the area to remove the possibility of UXO/EOW being exposed to the public.

For these works Milsearch will deploy a variety of specialised subsurface detection equipment together with conventional earthmoving plant.

The works are expected to commence in or about June 2020 and run for a period of approximately one month.